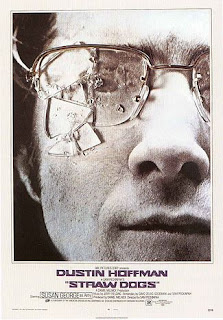 NOTE: I think anyone who can get through THE BOOK deserves, at least a bit, of attention. Therefore, I'd like all of you to head on over to cuemarks.com and give the latest posting, from author Donald, a good once over. Donald recently finished tackling the 1001 Movies You Must See Before You Die book (Tinker, Tailor, Soldier, Spy cover) and he's put together a CLEARLY well thought out piece on what his favorite movies were and a great introduction about what THE BOOK taught himself about his own film watching habits. Thank you Donald for sharing your site. I tried to add it to the BlogRoll so that more people could find it, but for some Blogger isn't allowing it. Big round of applause for Donald from yours truly.

No matter how many times I look (which is every day, practically), I can't get over how few movies are now on my Netflix queue. For the unaware, for the longest time and even today, I've only kept 1001 BOOK movies on my queue. We're getting to the point now where it's going to start screaming at me to add more movies. 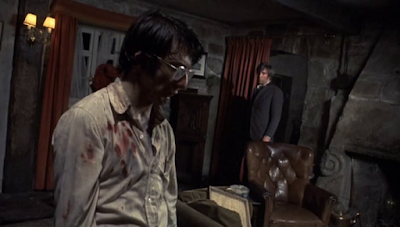 I'd seen Peckinpah's Straw Dogs once before, in the winter of '08 when I took an even deeper interest in film and for the third or fourth time in my life, tried to rebroaden my horizons. The film takes place in Cornwall, England and upon film's opening we learn that David Sumner (Hoffman) and his new wife Amy (George) have just relocated to the countryside of Cornwall. Here's the thing: Amy grew up there, while David is from the U.S. and clearly experiencing a healthy dose of culture shock. We see from the beginning that the boys (some whom are childhood acquaintances of Amy) are oogling her from afar, while David seems, at first, oblivious to the harmless, unawares flirting that Amy is engaging in. In fact, the couple are on the rocks from the get go, as David is a mathematician, who has been given a grant to study abroad and often ignores Amy in favor of his black board - to Amy's dismay. Perhaps this is why she feels the need to, what she thinks is harmlessly, flirt with the men who are working on the Sumner's garage - more old acquaintances of Amy. It's also perfectly clear that David is a pacifist, someone who finds it very difficult to stand up for himself, someone who will avoid confrontation at all costs. By the film's middle, Amy has flirted enough to arouse the boys into a furious rage of hormones. When a group invites David out to try his hand at hunting, one of the men, Charlie (Henney), sneaks back to the married couple's farm house and rapes Amy. Does she enjoy it or not? One of the many questions you'll ask yourself about these somewhat bizarrely motivated characters when watching Straw Dogs, which I recommend. 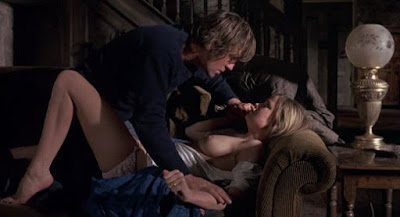 I'm 6'6" but that never meant I was a Hulk when it came to physical confrontation. I try to avoid it at all costs. I steer clear of dark alleys, whether I'm walking or in my car. I'd rather take the inconvenient long way around than be forced to walk shoulder to shoulder with a suspected hoodlum. In other words, I understood the character of David. There are so many layers to this movie, that it's going to be hard to really tackle it all and sound coherent, so bear with me.

I think I can also understand David's uncomfort at just the fact of returning to Amy's childhood hometown. My wife is from a different city than I and I know every time we go back there, as much as I'm accepted, I always feel like an outsider. I always wonder if I'm being looked at out of the corner's of the local yokel's eyes', as they try to will me away from THEIR hometown, someone who came in and STOLE one of THEIR own. I thin Charlie Venner and the gang always looked at Amy as one of theirs - one of THEM would marry her and thus all would be right with the world. I don't think guys like Scott or Cawsey would've even thought of raping Amy if she'd been married to Venner. But since she was finagling with THE OUTSIDER, they still thought of her as fair game. And perhaps she still thought of herself as one of the Cornwall gang too, which is why it really didn't seem to bother her when Charlie raped her. Perhaps she was simply craving the attention that the busy mathematician couldn't give her. My wife commented at one point that Susan George was a terrible actress, but I think the opposite. During the rape scene, probably a tough scene to tackle anyway, Susan George not only had to look disgusted, but flip back and forth between embrace and struggle. She balanced it well and proved to be more than just a pretty face. 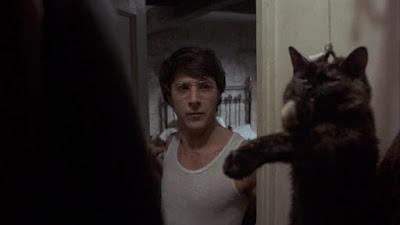 And then, of course, there's the finale, which is every pacifist's dream. The boys come a calling for one of their own, who accidentally murdered a local girl. When David refuses to let them in, they begin smashing windows and threatening the life of everyone inside. David snaps and fights back. It all ends up turning out like an adult version of Home Alone and I kept waiting for David to place Christmas ornaments underneath the windows, so that he could jag the feet of the incoming intruders. Instead, it more resembles Home Alone: Adult Verson, with David boiling oil to throw at his attackers and using a bear trap as a weapon. By the end, David is defeated, but born anew, as he never knew this side of himself existed. Surely proud that he was able to defend his home, but at the same time realizing that his home lies across the ocean.

Really - say it with me - this film is a TOUGH NUT TO CRACK! The first half is odd because there doesn't appear to be any endgame. If you go into this movie blind (having not seen a trailer, nor read a synopsis) then you're watching this movie and there is no intended ending. If not for the motivations of the characters contained within the film (the rape, the attack on the farmhouse), then how would this film have ended? David and Amy quarrel forever and either divorce or realize they're destined to be unhappy. FIN! Because the character of David has no purpose in this film, if not for the villains and their treachery, right? That's the way I see it anyway. We're definitely dealing with a very different film here and one that I agree should have and of course WAS included in the "must see" text. It's easily the best Peckinpah I've seen and one that could technically be analyzed to death. A fantastic character study, but also a study on the motivations of others and the human metamorphosis when backed against a wall. Fascinating film, to a certain extent. But beware, the first half is a bit of a drag and we don't really start cooking until about the hour mark. That's just me nitpicking.