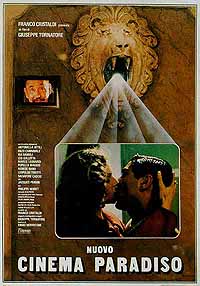 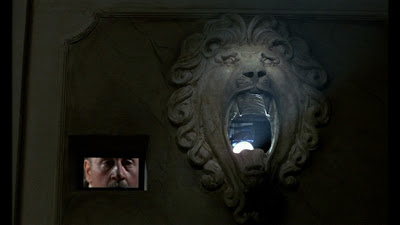 The film is set in Italy and is told, for the most part, in flashback. After returning home one evening, lauded filmmaker Salvatore Di Vita is told by his half sleeping girlfriend that his mother called earlier and left the message that someone named Alfredo has died. Salvatore lays down on his bed and we slip into flashback mode. We go back to the small Italian village of Giancaldo, just after World War II and witness Salvatore as a six-year-old boy, a mischievous boy who spends all of his free time at the Paradiso, a local movie house. There, he befriends the projectionist, Alfredo (Noiret), an elderly man who, at first, sees Salvatore as a pest, but later warms up to him. He warms up to him so much, in fact, that he ultimately begins teaching Salvatore how to run the projector, teaching him the ins and outs of the job. When the Paradiso catches fire, caused by burning movie reels, Salvatore saves Alfredo's life, however Alfredo loses his sight. When a brand new Paradiso is built, Alfredo's teachings pay off and the new owner turns to Salvatore to run the projector. The film follows Alfredo into his teenage years and to the days when he falls in love with his first girlfriend. Through the years Alfredo and Salvatore stay best friends and ultimately it is Alfredo who advises Salvatore to pursue his dreams.

This was the very first time I'd ever seen "Cinema Paradiso" and I must admit, at first, I didn't think I was going to like it. In the beginning, it seemed as though this film was going to be a family film, too kid friendly for my tastes. I kept watching, hoping things would get better and hoping that my high hopes for "Cinema Paradiso" weren't dashed. The film tells of the unlikely bond between an aging projectionist and a small, father-less child and if you want to get my attention, give me a good 'ol fashioned, unlikely bond story. Why is it that the best bonds, at least in the realm of cinema, are the unlikely bonds? Will there ever be a classic film that tells of a likely bond? Anyway, as the film rolled on I warmed to it pretty quickly and it didn't take me long to realize that this wasn't just your run of the mill kids flick and that what this really was, was a film for film goers. 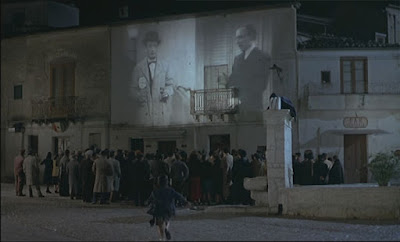 I wasn't the guy who grew up inside a movie theater, but sometimes I wish I had. I wish I'd had parents that would've taken me to the movies every Friday night and allowed me to bask in the glow of the giant flickering screen, but I didn't...thanks Mom!! No, my seeds of cinema love were planted inside a video store and that's where my love for film began to flourish. This film tells of a time before video stores and before television, when the only entertainment in town was the local movie house. So you're probably asking yourself; if I'm not a cinephile, why would I want to watch a movie that is obviously so passionate about the subject of movies? Well, movies are really only the basis. The film will remind all of us what it was like to be a child. It will remind us of the things we held dear as children and of the things that made our eyes widen and our mouths hang agape. This film gave me a hint of what it will be like to be old and to reminisce. We were all children once and whether your "thing" as a child was movies, sports, G.I. Joe, music or whatever, this film will remind you of those passions we all had as little kids. 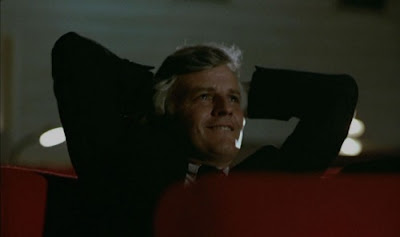 So, in the end, I wound up loving "Cinema Paradiso". The ending was pretty flawless and it actually made me squirt out a few tears. I'm not sure if the ending will work for everyone, but if it doesn't at least make you smile then you better check your pulse. The score was performed by Ennio Morricone and while it isn't quite as good as the Leone scores, it's a pretty good one, one that grows on you by the film's end. "Cinema Paradiso" is on a lot of people's favorite movie lists and it may even have a spot waiting for it on my next TOP 20 list. Give it a shot - I don't think you're going to be disappointed and you just may find your next favorite movie.