Okay, so maybe he's not the most heinous or evil villain of all-time (honestly, my first few choices were already spoken for) but there's no denying that David Carradine's Bill is a character that makes for a good conversation, especially when discussing the biggest heels in film history.

BANG, BANG - MY BABY SHOT ME DOWN! 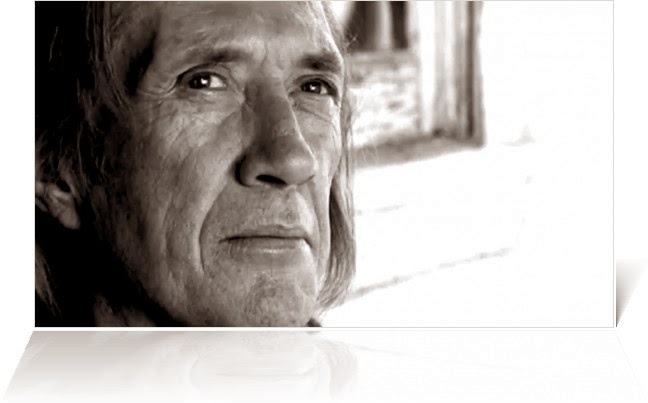 In Quentin Tarantino's "Kill Bill", Bill is the leader of a group of assassins, who all have a particularly special sKILL. In fact, when discussing Bill in the context of his own villainy, I would be remiss if I didn't actually include the entire Deadly Viper Assassination Squad: Vernita Green (Vivica A. Fox), O-Ren Ishii (Lucy Liu), Budd (Michael Madsen), Elle Driver (Daryl Hannah) and of course, the man of the hour - Bill. Together, the five assassins that would later go on to be a part of The Bride's Death List Five would walk into a small chapel, in a small Texas town, gunning down nine innocent people, including The Bride's (a.k.a. Beatrix Kiddo) unborn baby. Why, you ask? It seems that The Bride was trying to skip town and turn in her Deadly Viper membership card all at the same time. Bill, having loved & mentored Kiddo wasn't going to have any part of it. Having thought her dead, Bill mourns the The Bride before finding out that she was actually in the process of elopement, so that she could make a better life for her child - Bill's child. Bill tracks down the Bride and about two hours into the "whole bloody affair" we lay our eyes on the title character for the first time, as he plays his flute and makes his presence known.

"AT THIS MOMENT, THIS IS ME AT MY MOST...MASOCHISTIC" 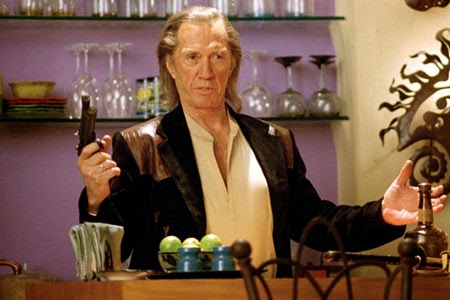 There's something to be said for a title character that doesn't appear AT ALL in the first film, yet still makes an impression. I mean, the first one IS called KILL BILL VOL. 1 and yet, Bill's face is never shown. We hear his voice a few times - the unmistakable timbre of Carradine. All we need to know is that behind those vocals lies a very important, very evil, very intimidating man and beyond that, we barely need to see Bill at all. All we really need is motive and an intriguing figure (even a faceless one) and we're all set. When Bill finally does emerge from the shadows, to make his first appearance in KILL BILL VOL. 2, he enters quietly and calmly - the calm before the storm. He plays a mellow flute and looks at The Bride lovingly, despite knowing that she's about to die (or at least he thinks so). I can just picture the character gritting his teeth almost to the breaking point, as he hold it together long enough to meet the groom to be, the hippy Tommy Plimpton. I have a feeling that off camera, it was Bill who savored every moment as he swiped Plimpton's head off with one whip of his Hanzo sword. All in all, our heel of the hour isn't a complex one, nor is he hard to figure out. His motives are clear, his actions are to the point.

"I'VE NEVER BEEN NICE MY WHOLE LIFE, BUT I'LL DO MY BEST...TO BE SWEET"

Do we feel sorry for our evil doer at the end of the picture, though? I think we're meant to and honestly, I did. Even his former cohort in crime, turned revenge seeker sheds a tear, shortly after delivering the five point palm exploding heart technique. Bill wipes a trickle of blood from his lip and asks Kiddo, "How do I look?". She cries for her former lover and the father of her child, as he takes his final five steps and drops dead - cause of death? an exploding heart!

So as we take this week to celebrate villainy at the movies, via THE GREAT VILLAIN BLOGATHON, I ask you to remember Bill - the man who had two, full length feature films named after him and the man who, despite not appearing once in the entire first volume of the double shot, still evoked enough emotion out of the audience to bring them back for Volume 2 and the final showdown. Sure, we feel a little sorry for him at the end, because we're shown that he's not a monster and that he feels regret for his wrong doing. However, that doesn't make up for the nine deaths (actually eight) and perhaps the worst break-up to ever be committed to celluloid. Someone shoulda' told the "Snake Charmer" there were plenty more fish in the sea, before he went on a roaring rampage. And don't forget the other four and perhaps the true black hearted characters of the Squad. O-Ren Ishii, a woman who decapitated a man simply for questioning her half Chinese/half American heritage. Vernita Green, who suggests a knife fight at midnight and who has an all out brawl with The Bride just as her child's school bus pulls up. Brother Budd, who decides to bury The Bride alive and leave her to suffocate. And then there's Elle Driver, Bill's current muse. She's the one eyed, golden haired warrior who simply oozes hatred and villainy.

But it's Bill who can stand toe to toe with some of the worst baddies to ever grace the big screen and that's why I chose David Carradine's Bill as the villain to remember this week.

WERE YOU BEING A BAD DADDY?

I WAS A REAL BAD DADDY 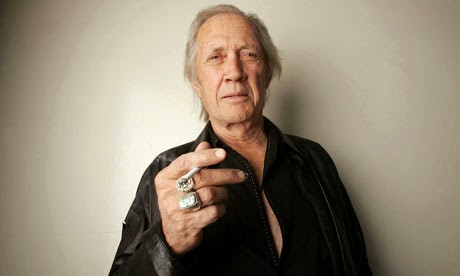